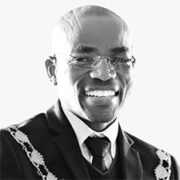 Cllr Memory Booysen is the seventh Executive Mayor of Eden District Municipality (Eden DM), since the district’s establishment in 2001. 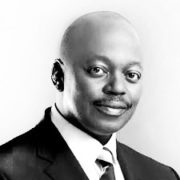 Peter Ndoro has more than 20 years’ radio and television broadcast experience. Prior to having been Anchor and also the Director for Corporate Communications for CNBC Africa, viewers across the continent saw him on SABC Africa presenting a flagship breakfast news programme.

He worked for the pay TV Channel M-Net for many years doing entertainment television. He also spent some time at the business channel Summit TV as a prime-time Business News Anchor and Presenter.

Peter trained as an accountant at Coopers & Lybrand and graduated from the University of South Africa with a degree in Accounting. Prior to entering the broadcast arena, he worked in accounting, advertising, marketing and business management. He also managed his own television and video production company. With his vast media and business experience, Peter is a well regarded and sought-after media trainer to business executives. He is regularly called upon to act as a Master of Ceremonies for corporate dinners, gala functions and international events. He was once voted Best Male Television Presenter in South Africa by People Magazine. 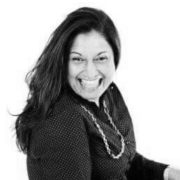 Bonny is very practical, results driven and authentic in her approach. Her organisation steers Social Entrepreneurship as an activity of establishing new business ventures to achieve social change. The business utilises creativity and innovation to ensure social, financial, morale upliftment, educational and other community benefits. Her organisation is a private well established entity, with a high emphasis on imparting Human Capital values not merely just for profit. This is her stance on the facts that in turn her company’s sustainability views and “taking ownership” impressions will largely impact current and future business leaders positively. 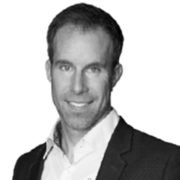 Following his own journey as Business Unit Director (Altran / Consignit
(www.altran.com)) and then a CEO (Innofactor / Enabling
(www.innofactor.com), Staffan Arbring re-joined Business Sweden in 2015 with purpose of leveraging his market (geographic) and private sector experience. As Trade Commissioner his role is focused on increasing trade and investment between South/Southern Africa and Sweden, while continuously making it easier for
Swedish companies to have a soft landing and grow their international revenues. 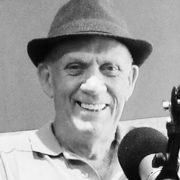 Philip De Vries, Chairperson (shareholders) and Director in charge of social responsibility for Garden Route Film Studios. With years of production and on-air experience in both radio and television, Philip was the station manager of a local radio station in the USA and managed a TV stations as well in South Africa.

His passion and devotion is always to help impoverished communities and developing youth. Philip’s son John is also a well-known filmmaker with a string of credits and awards to his name. John is a writer, director and cinematographer who is passionate about his craft. He is committed to helping South Africa become a powerhouse in the world of film. 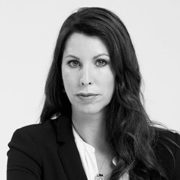 Chantal Rutter Dros is an award-winning Investigative Journalist, News Anchor and Media Coach. She has worked in the mainstream broadcast industry for over 25 years (Carte Blanche, Radio 702, e-TV, ANN7). Chantal has also lived and worked in Egypt as the Director of Communications of one of the largest private sector companies in the Middle East, The Cleopatra Group. She served a dual role as a mediator and co-ordinator between Egypt and the European Union’s European Mediterranean Parliamentary Assembly.

She has trained several local politicians and celebrities, and has co-ordinated many media training and consultancy projects, MC’d and facilitated high-profile events and been involved in on-going philanthropic projects.

Most recently Chantal is a founding board member of the GR&KK Film Office. Chantal holds degrees in Media Law and English Literature as well as a Masters in Media Ethics. She currently lives in George in the Western Cape with her husband and young son. 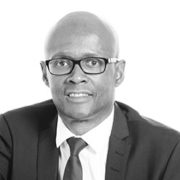 Duma Gqubule is the founder of the Centre for Economic Development and Transformation (CEDT) in Johannesburg. He has spent the past two decades as a financial journalist, analyst, researcher and advisor on issues of economic development and transformation. He was educated at Aberdeen University in Scotland where he obtained a Master’s degree in economics. He first worked as a financial journalist for most of the country’s leading publications, including Business Day, Business Report, Financial Mail and Finance Week. His work also featured in international publications including Fortune Magazine, the Institutional Investor and Africa Today. As a financial journalist, he wrote extensively about economic policy and the pioneering black companies such as New Africa

Investments Limited and Real Africa Investments Limited during the mid-1990s. His work was recognised and he later worked for the Black Economic Empowerment Commission, chaired by Cyril Ramaphosa, South Africa’s current deputy president and president of the African National Congress (ANC).  He was co-author of the commission’s landmark report, which was presented to former president Thabo Mbeki in 2001, after consultations with stakeholders over a period of 18 months. The historic report paved the way for the country’s current Black Economic Empowerment (BEE) laws and policies.

Duma was also involved in landmark national and enterprise economic transformation initiatives and worked for numerous organisations in the public and private sector. These include the New Partnership for Africa’s Development (NEPAD), the Department of Transport (senior policy advisor), the City of Johannesburg, Business Unity South Africa (BUSA), the South African Mining Development Association (SAMDA) and many large private companies. He advised Transnet, the state-owned transport company, on its Africa strategy. He was appointed by the Department of Trade & Industry to serve on a panel to evaluate the impact of the global financial crisis of 2008 to 2009 on BEE transactions. He was part of a panel that advised Ebrahim Patel, the minister of Economic Development, on the Walmart investment in Massmart. He served as a member of the Congress of South African Trade Unions (COSATU) Panel of Progressive Economists and as a board member of Naledi, the COSATU think-tank. He was also editor of the book: “Making Mistakes, Righting Wrongs: Insights into Black Economic Empowerment,” which reviewed the country’s economic development and transformation policies during the first decade of democracy. Recently, he has done extensive research on the mining sector, covering issues such as international natural resource governance models and transformation in South Africa for organisations such as the Presidency of South Africa, the Mapungubwe Institute for Strategic Reflection (Mistra) and Action Aid South Africa. He is a prominent public speaker and commentator on issues related to the economic development and transformation 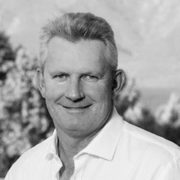 After schooling he completed a Degree in Economics through the University of Stellenbosch and then his National Diploma in Nature Conservation at the Saasveld Campus near George.   Once he completed his diploma he soon secured a position with the world-renowned MalaMala Game Reserve.  Here working his way up in the ranks he held positions from game ranger to camp manager and then Sales Manager for MalaMala.

Twelve years later Peter broadened his horizons and joined the global travel company Abercrombie & Kent as Sales and Marketing Director for their lodges and camps portfolio under the Sanctuary Retreats brand.  There we 12 lodges in the portfolio and spread from Botswana, Zambia, Kenya, Tanzania and Uganda

The opportunity to move to Fancourt as the Sales & Marketing Director was an easy one and it literally meant leaving JHB behind for greener pastures.  It also meant new challenges, new skills and an improving golf handicap.

With skills ranging from strategic sales, marketing, operational lodge experience and management to execution of boardroom strategies Peter has a wide range of business acumen to offer any conservation, travel or tourism company. 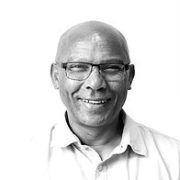 Geoffrey Brown is the Director of CMAI. His focus is on Strategic Planning, facilitating critical stakeholder engagements and dialogue, and he has done a considerable amount of work in the public affairs space.

He is also the Executive Chairman of Black Oyster Capital, a private Black Empowerment Investment Firm, which interests in the advanced technology, energy and water sectors. Geoff’s passion is to find sustainable solutions to de-urbanised developments, such as the development of new rural towns. 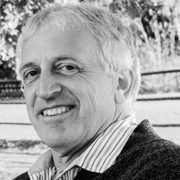 Paul Hoffman, M.Com Marketing Management, has extensive experience in business and marketing strategies, export development, enterprise development and other disciplines. He has spent more than 30 years working across sectors, including corporate organisations, managing his own business (H2P Project Management) and as an academic a lecturer. He is currently in his second term as Project Manager for the South Cape Economic Partnership (SCEP), facilitating partnering solutions in the Eden District between municipalities, the business sector and other stakeholders across all sectors. 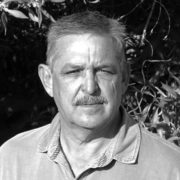 Karl-Heinz joined the Department of Forestry as a pupil forester January 1978 and completed 4-year Forestry Diploma course at the end of 1981. He worked as a forester in all aspects of the forestry industry throughout South Africa. He formed part of the senior management team during the forestry privatisation process, South African Forestry Company (SAFCOL) in 1993 and MTO Forestry in 2001. Since 1993 extensive experience in the Saw-milling Industry as general manager.

Since 2010 main focus on mechanisation and biomass utilisation, with special focus on biomass to energy. 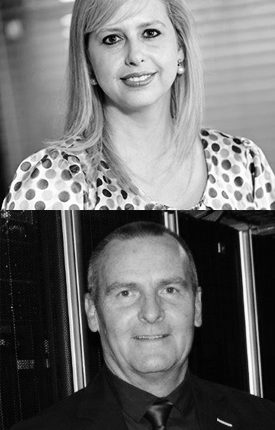 Alan’s passion and skills are in working with people in areas from sales to support, he enjoys managing processes and implementing IT systems.  He is open minded and believes in building relationships with co-workers and clients.  Alan and his partners pioneered high speed connectivity in South Africa by establishing the LaserNet network in 2005 offering speeds of up to 100Mbps in days when a 2Mbps Diginet line was the “fastest” option available.

Beverley joined LaserNet in 2014, bringing with her expertise in logistics, project co-ordination, client service excellence and workflow management.  A strong marketing background gave her the ability to quickly learn and understand the LaserNet suite of products from which she was able to expand the LaserNet offering to include Fibre to the Home services.

LaserNet won the exclusive rights to roll out a fibre network in the Greater Knysna area, Beverley and Alan together designed and implemented the high speed wireless network that is currently in place in Knysna and have worked hand in hand with the relevant people to ensure the deployment of the fibre network. 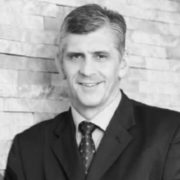 Nico Walters is the General Manager Strategy at Transnet National Ports Authority (TNPA). He joined TNPA in 1993 and held various positions in Tariffs, Marketing, Commercial and Strategy. His portfolio at TNPA is responsible for setting the TNPA’s strategy to ensure achievement of business objectives; Measuring TNPA’s performance and assessing the impact of non-delivery; Economic research, analysis, modeling and forecasting;
Managing strategic projects; and Embed continuous improvement across the organisation.
Nico has been involved in various projects, from rail and port management/port
operations, strategic planning, development/managing port infrastructure/port
capacity projects and project feasibility studies, as well as leading negotiations to
conclude concession agreements with external customers.
He has completed the GIBS Executive Development Programme and holds a B Com degree (Economics, Business Management) and a Masters Degree in Computer Science. 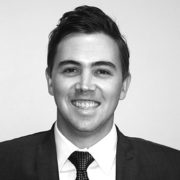 James has previous working experience in the Management Consulting and Finance sectors. He holds a Bachelor of Commerce degree in Business Science (Honours: Finance) from the University of Cape Town, and is currently in the process of completing a Masters of Commerce in Development Finance degree, which is being undertaken through the University of Cape Town’s Graduate School of Business. 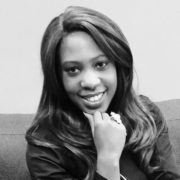 Amanda Tshaya is the Head of the Agri-business Investment Unit at Wesgro. The Agribusiness Investment Promotion unit facilitates foreign and domestic direct investment into the Agribusiness sector in the Western Cape Province. In 2016/17, the unit supported inbound investments across all sectors amounting to R735 million, which will support the creation of 275 new direct jobs.

She holds a National Diploma in Marketing from the University of Technology in the Western Cape. She holds a finance background and has experience in Corporate Governance and investment Promotion sectors. 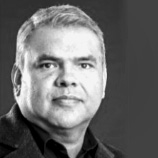 Prior to his current role Mr Benjamin served as Chief Town and Regional Planner at the Department of Rural Development and Land Reform in Pretoria, and as Director: Development Planning at eThekwini Municipality.